Susan E. Harris departed this world on March 8, 2021. She made her transition with the same quiet, peaceful balance with which she lived her entire life. I was honored to be allowed to be with her in her last hours, a situation that had been made difficult by the COVID regulations at that time.

In the late afternoon, I met a new hospice nurse, named Meenu, who had cared for Susan over the previous weekend. Meenu had been so taken by Susan’s grace and spirit that she actually asked to be reassigned as Susan’s caregiver. Susan’s room had large glass doors which opened out to a view far across the fields and hills outside of Ithaca, New York, near Susan’s home town of Homer. The room was well decorated by photos of Susan’s beloved horses Max and Popov.

Horses were the most important facet and passion of Susan Harris’s life. While she held a strong devotion to family, her home town, and her friends, Susan lived fully within the body and spirit of horses. Her remarkable illustrations and art work reflect her acute knowledge of both the inside and the outside of the horse. Her scientific knowledge and research enabled her to capture the essence of horse movement and balance. Her horse heart allowed her to see deep inside, and to understand and to capture the emotions and the raw spirit of the horse. She knew horses inside out.

Susan’s mission in life was to promote the humane treatment of the horse, and to improve the lives of horses worldwide. She accomplished these goals by teaching people how to read and understand horse behavior and movement, and to learn to work and communicate with the horse on the horse’s level, in order to bring out the best in the horse.

Susan was the consummate horse woman; she admired and respected all breeds and disciplines within the horse world. Susan believed horses should be used for sport, for competition, and for pleasure. She believed horses should work – not be coddled, but worked in such a way that it is done in a fair, understanding and humane fashion. This is what she taught us.

Using the methods and techniques of her mentor Sally Swift and Centered Riding, Susan taught people how to take responsibility for the use of their own body, and their own balance and emotional responses, to allow the horse to move freely, in balance and with understanding. Susan almost never publicly criticized a rider, but rather she elicited change in riders guiding them almost imperceptively toward a quieter, more humane understanding of how to ride and how to work with horses. By changing the rider, Susan could change and improve the horse, and she could make the life of the horse happier and better.

Susan Harris was an activist; she rallied against the unfair treatment of human beings, animals, and especially horses. While she believed horses should be used and worked, she also believed they should be used fairly and humanely in all disciplines. She stood firm and tall against abusive horse training methods and care, and abusive competition techniques. Susan was known for her strength, but also for her profound, unwavering fairness to all, and for her ability to lift the self-esteem and confidence of both human and animal alike.

Susan Harris had the heart of a horse. She lived in the moment. She forgave the transgressions and mistakes of others. She did her best to embrace the beauty of the earth, of balance, of movement, of love of life, community, family, and most importantly, the love of her life, the horse. 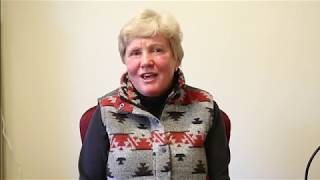